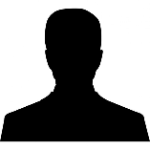 “Princes of the Yen: Central Banks and the Transformation of the Economy” 『円の支配者』reveals how Japanese society was transformed to suit the agenda and desire of powerful interest groups, and how citizens were kept entirely in the dark about this.Based on a book by Professor Richard Werner, a visiting researcher at the Bank of Japan during the 90s crash, during which the stock market dropped by 80% and house prices by up to 84%. The film uncovers the real cause of this extraordinary period in recent Japanese history.“Because only power that is hidden is power that endures.”A film by Michael OswaldSign up to our newsletter and be the first to hear about upcoming releases and how you can get involved https://mailchi.mp/d3065996922a/independentpovYou can follow Richard Werner (Author of the Book) on Twitter at @ProfessorWernerIf you like Princes of the Yen support our future documentaries on Patreon: https://www.patreon.com/independentdocumentaryGo Fund Me: https://www.gofundme.com/f/the-man-who-knew-too-much?utm_source=customer&utm_medium=copy_link&utm_campaign=p_cf+share-flow-1Bitcoin: 3M89ao9jf4cc9g68r5nVHLHwztgh88Gy52Watch our new documentary The Spider's Web: https://www.youtube.com/watch?v=np_ylvc8Zj8Translate this film: http://www.youtube.com/timedtext_video?ref=share&v=p5Ac7ap_MAYHelp us spread the word:Rate this film on IMDB: http://www.imdb.com/title/tt4172710/Rate it and comment on youtube.Share the film with your network.Reviews:“Mastery of filmmaking. An engaging and dynamic narrative supported by visual aesthetics” - Simeon Roberts - Film Critic, http://filmgods.co.uk/"Essential viewing if you've any interest at all in economics or politics" - Steve MorrisseyFilm Reviwer & Critic, http://www.moviesteve.com/review-princes-of-the-yen-2014/“Blows open the widely held consensus that ‘independent’ central banks are a force for economic good." Josh Ryan-Collins - New Economics Foundation and co-author of “Where Does Money Come From?""A fascinating look at the need for better public understanding of just how much money can affect the world we live in.” Ben Dyson - Founder Positive Money & co-author of ‘Modernising Money’Website: http://princesoftheyen.com/How central banks create money: http://princesoftheyen.com/central-bank-money-creation/

You must login to be able to comment on videos
Reply

0:22:31
Is The Housing Market About To CRASH? | Housing CRISIS
Category: Banking
50 Views